When the Wild Boars Cross the River 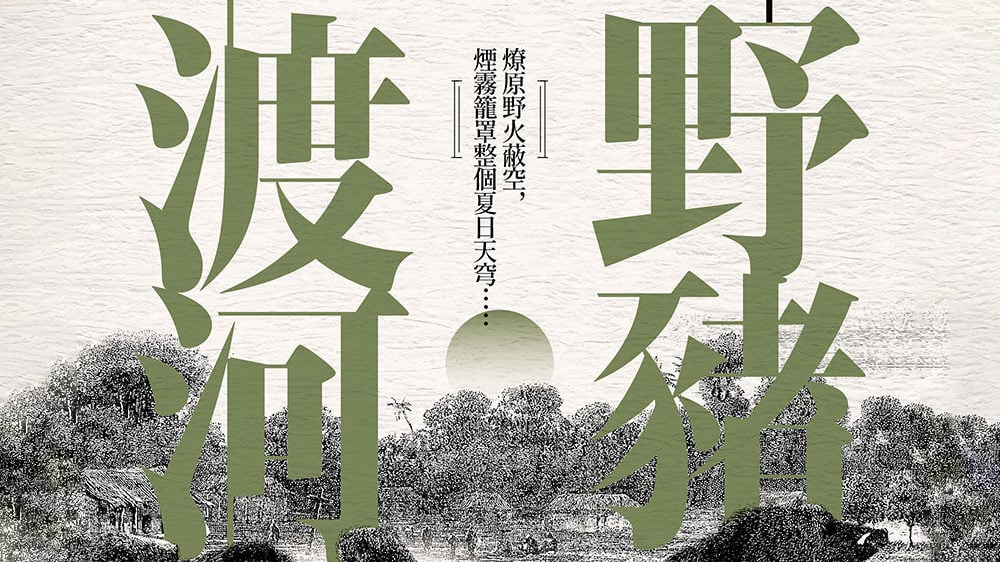 The tale begins when the shadows of bloodshed return to one of Boarfruit Village’s silent heroes, Guan Yafeng, years after the war. At 21, Guan sacrificed both arms to the struggle against the Japanese; instead of succumbing to his handicap, he learned to use his feet to do what most people can’t even accomplish with their hands. But his son’s discovery of a chest of masks and toys drives this indomitable hunter, handyman, and guerilla into such a deep psychosis that he hangs himself by the jackfruit tree in his garden.Guan Yafeng’s death brings us back to the first days of occupation, when Japanese commander Kawaguchi Kiyotake lands his forces on the beach by the village. Kiyotake moves against a partisan resistance led by Chinese Borneans with swift and brutal repression measures that do not spare civilians. No matter where fighters and villagers run to, they are always found. Could there be a traitor in their midst?